I am the last daughter in my maternal line, the mother of sons and approaching cronehood I will not bear a daughter myself.  This female line ends with me. 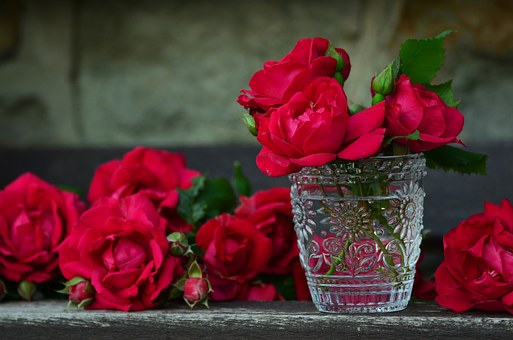 Over the past few weeks I’ve been pulling the Salmon card from The Green Wheel Oracle.  Every few days.  The guidebook speaks of returning to roots, exploring ancestry.  For the first two weeks I thought it referred to where we live; a year ago we moved to live with my parents in the home I grew up in to help care for my mother.  This, I thought, was the roots, and the caring for elders the ancestry.

Last night, when Salmon emerged again, I paused for longer.  I sat reciting “explore your roots and ancestry” over and over like a mantra.

This morning it solidified, words within my inner ear, “you are the last daughter.”

The internet returns quotes about daughters and strange news articles from the red tops.  Yet this feels like it is a thing, important, significant, to be the last, an ending.

This is what I hear.

Our external world focuses, for millenia, on the male line.  Until recently, in my own country, royal succession followed this, and usually family inheritance did too.  The name which survives is the father’s name, the family business passes to the son. While there are shifts in the past one hundred years it is still a huge part of my cultural heritage, and exceptions, being such, prove the rule.

In my own healing and shadow work I have explored the maternal line, going back to my great-grandmother, who ran a boarding house in the summer months in Ramsgate; the wife of a fireman who served in the mounted police in World War One.  Mother of five, her eldest daughter lost to tuberculosis aged eighteen.  One son vanished leaving a wife and son behind, a “black sheep” with later hints of bigamy.  Twin sons, rescued from the beaches at Dunkerque and my own grandmother, her youngest daughter. In later life wracked by rheumatoid arthritis she lived in my nanna’s front room, my mother having the daily task of making her a cup of tea when she returned from school.

In imagination I see myself, my body and soul, as the distillation of generations of women.  In my skin, bone, blood, resides their joy, pain and memory.  In this being is gathered all they knew of raising a daughter, of helping her survive in a male world, often lessons passed on from hard experiences, how not to do it, how to avoid the darkness visited on our sex for centuries.

I wonder at the psycho-spiritual wound and wisdom which gathers  here in me as a result.  And I feel a particular task comes with occupying this place.  For I am both the culmination and the opportunity for healing.  I cannot pass this on for another generation, I will not, by chance, to my own daughter, and I also choose not to.  I will not pass on the fear, the playing small, the compliance.  I will not pass on the need to fit in and conform, the need to hide to stay safe.

I have played the part of dutiful daughter, devoted mother, supportive wife.  I have followed in their footsteps.  But I also feel another story hiding underneath.  A story of untold things, hopes, dreams, secrets, passions.  The story of a way not taken.  Of wishes whispered to empty rooms, and wakeful moments in the dark when another life imagines into existence.

My own story has pulled this from me.  As though generations of women, locked in the cellar of their own inner life, have battered their way out through my body.  Through physical and mental deconstruction, through learning to live in a new paradigm, I am finding a way to tell that other story; the one which relies on wild wit and untaught knowing, the one which feels the change in the weather and senses the unspoken word in her mind, who throws cards and hears the moon’s song.

For the last daughter is a guardian, a keeper of secrets and shadows, she who heals the foremothers and sets them free. In recovering the story of her women, her ancestors, she can rewrite it.  Not revisionist, not wiping it out and making nice, but drawing it in, the pain and heartache, the lost dreams, the darkness, the joy and humour and patience and fortitude, the beauty and magic, spinning a thread of their stories, known and unknown, stitching the loose end in place and completing the circle. 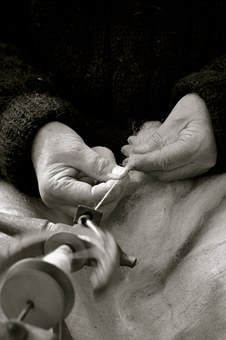