Where are you from?

This is my question at the moment.  I’ve been working in a therapeutic relationship for around eighteen months now.  You go back and forth in discussions, telling your life story, picking out the threads, recalling the happenings.  And, at some point, you become aware that some of what you carry through life isn’t yours.  It belongs to others, it touches you, brushing your skin like a stranger pushing past in the street, and leaving a mark.  It is where another’s experience has bled onto your own. And so, you carry it. The hurts and habits which have shaped your own.

These ancestor memories have got me to looking at my roots.

I never thought of this when I was younger.  I wanted to be a new creation, a self-made woman, it didn’t seem to matter who my people were or how life had been for them.  In the arrogance of my teens and twenties I thought I had nothing to learn from those stories.

But now I find more and more I am wondering.  It is like sinking down into something, at this time of year I am reminded of layers of fallen leaves, lying thick.  It is like falling into them, and then beyond them.  Down into the earth, wriggling past tree roots, flints, down through the chalky bedrock which surrounds me here.  Down into the heart of memory and forgotten dreams.

Have you ever watched a costume drama or historical film?  I always imagined that that would have been me, Jane Eyre, maybe, hardworking but from a noble background.  Nobility seems to matter here, it is the aspiration, transformed now into celebrity.  Yet even in the dreaming, part of me knew that was unlikely.  It reminds me of when someone tells you they were Joan of Arc in a previous life, and you feel that’s unlikely…I suppose it’s because we want to mean something.  To have a part to play, it helps us to feel special, or important. 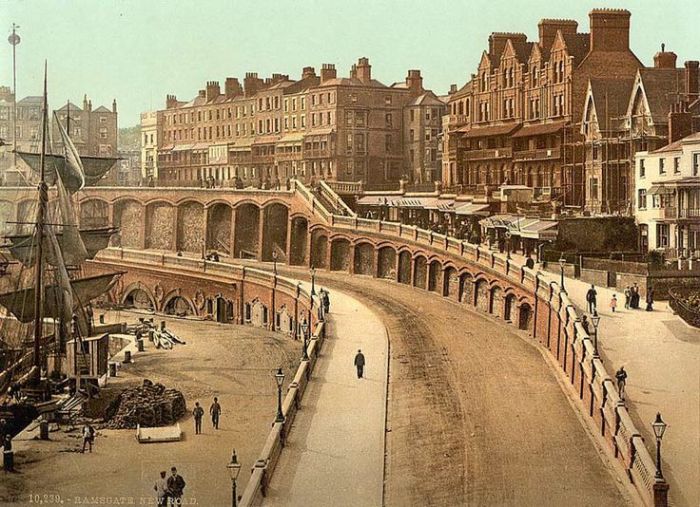 So, I know that on my mother’s mother’s side I am from Ramsgate.  I’m guessing probably fishermen at some time, her family are there back into the 1700s.  In the early twentieth century, they ran a boarding house and welcomed holiday makers in the summer, mum talks of helping her grandmother clean up and of the endless sand to be swept from bedroom floors.  My maternal grandfather was a Londoner -Clapham and Wandsworth – he told tales of following the milkman’s horse on his rounds and collecting the manure to sell.  He went to a convent school where the boys had competitions to see if they could pee up over the wall.  If they were unlucky they would end up raining on one of the nun’s winged hats.

My father’s side is another story.  I am half Scots.  Having become a fan of Outlander over the summer I was keen to find my clan.  Thing is I don’t have one.  I’m from Borders stock and the Borderers story is even more violent and unsettling than anything Outlander can give us.  Centuries of skirmishes, raiding parties over the border into England, violent, unsettling and troubling times.  Does some of my hyper vigilance come from here, the need to be constantly watchful, to be canny to survive?  There’s more learning to be done about this part of my heritage.  But I’m conscious it isn’t the story I would have told myself.  Bandits and brigands, working class folks getting on with life, doing the business of daily surviving.  The muck and the sweat and the mundane, way back through hundreds of years.

But I also feel I can breathe easier, knowing this story.  Knowing this is my place.  It is not as shiny as I might have imagined when I was younger, not glamorous, I’m not about to uncover a long-lost Duke in my family tree. 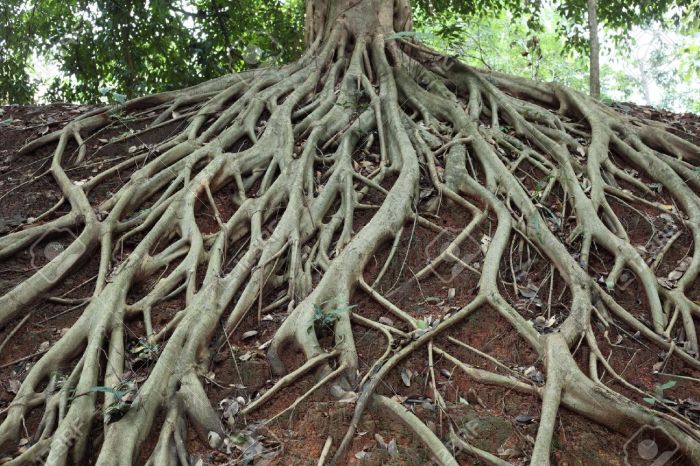 But it is real.  And down here in the mud and the chalk I can feel my soul growing strong.

Strong roots are, I am coming to believe, where it’s at.  A daily practice of grounding myself, out walking in the world, feeling my feet on the bare earth; or sitting quietly at the altar, imagining roots growing down into the earth around me, anchoring me.  In this coming dark season, I am going to grow my roots deep.  I am going to let them sink down to soak up the nourishment the earth and my soul have for me.  I am going to allow them to spread and grow strong.  I will allow them to draw up the whispers of my ancestors, I will allow them to weave themselves into my magic.  Everything that I am, everyone I have come from, weaving their story into my own.  Giving me the wisdom to go on, in the truth of where I am.  Rooted.