I read this poem by Carol Ann Duffy and felt that deep-gut pull of recognition.  It happened when I went back to the village I grew up in.  In my mind I could feel the paths and lanes, could see the ditch around the church and the tiny, domed graves of long- dead children. I could see the trees, ivy-smothered, where we climbed and built camps, and the wide-open expanse of the fields, flattening to the marshes on the horizon.  This was the land of Pip and the prison hulks, estuary-edged.  I could see the grass, heaped up in the middle of St. Andrew’s Walk, where we rode our bikes and tried to get enough speed to put air between our tyres and the hummocked ground.

I could see the brickwork at the edge of Susan’s house, overlapping enticingly like a climbing wall, and remember the sensation of trying to scale it.  I could see the road, winding black snake, looping round the corner by the shops and down to Jonathan’s house, the pampas grass waving sentinel on the front lawns.

I go back with my new husband, to show him something of where I come from.  The place runs beneath my skin like a scar; horses on the brimp, silhouetted against winter sun, the welly-deep puddles on the bridle way.  It is a liminal place, jammed at the end of the bus route, an hour from town, a dormitory village for the oil-refinery and power station then, we had a wide open garden where strawberries grew abundantly and my grandy prepared bonfires  in the autumn mist.

Firstly it is smaller than I remember.  The roads are narrower.  The vast expanse of the housing estate where we rode bikes is traversed in a few moments, the mountains of memory merely moderate landscaping.  Signs remind us that cycling is forbidden now.  The shops are shabby, the gardens cluttered with old plastic ride-ons and broken patio furniture.  The church, a cathedral once, is in fact, tiny.  I am lost between the powerful memories and the difference of reality.  Time has changed the place.  And me. I am no longer a six-year old in her cord trousers and pumps pedalling a red bike, no longer the pig-tailed eight-year old sitting in the musty shade of church waiting for Sunday School to start.  I have grown and the place has shrunk. Worst of all the prefab building which housed the primary school has been removed.  Its site forms part of the new-build school and houses crowd on the playing fields.

We drive away in a yellowing afternoon, looking out across the marshes, and I try to match the places to each other.  Memory is only partly true.

A similar moment comes when I’m walking home one day.  When I was nine we moved to a cathedral city. I take the path behind the main road, squashed between terraced side streets and a new housing estate.  I tell Simon that this was all hop fields when we used to walk this way to school.  That I went once with Martine and Natasha and we walked from Martine’s house, across the fields as far as the A2.  Martine’s family owned the farm then.  I remember the thrill of being on private land, the sense of secret wandering, exploration, the hop bines twisting above us in the late summer sun. The farm is gone now.  The oasts converted to apartments, the fields covered with tarmac, uniform shurbbery and identikit housing.  It feels like this has just happened.  That I blinked and the fields were gone.  But the estate is more than ten years old now,  and the memories come from over three decades distance. 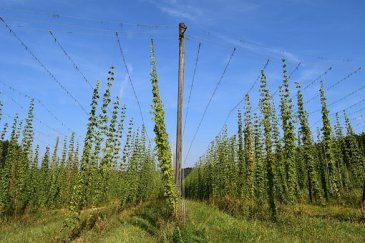 Place is both itself and something else, the old is cleared a new layer takes it’s place.  The map is re-drawn.  But surely the land remembers.  I wonder whether it still feels the kiss of childhood steps, the wonder and secret magic of life before adolescence, like the brush of a butterfly’s wings or the step of a spider along your arm. I wonder if I am like this too.  Layered.  The child still seeking beauty and play while the woman covers her over with duties and diary commitments.  I wonder what it will be like when I re-draw the map.  When I erase the work of the past thirty years and begin again, using the stars for a compass and the earth as my blue-print.  Something sits now, beneath the skin, barely breathing, ready to crack open, on the edge of a new journey.